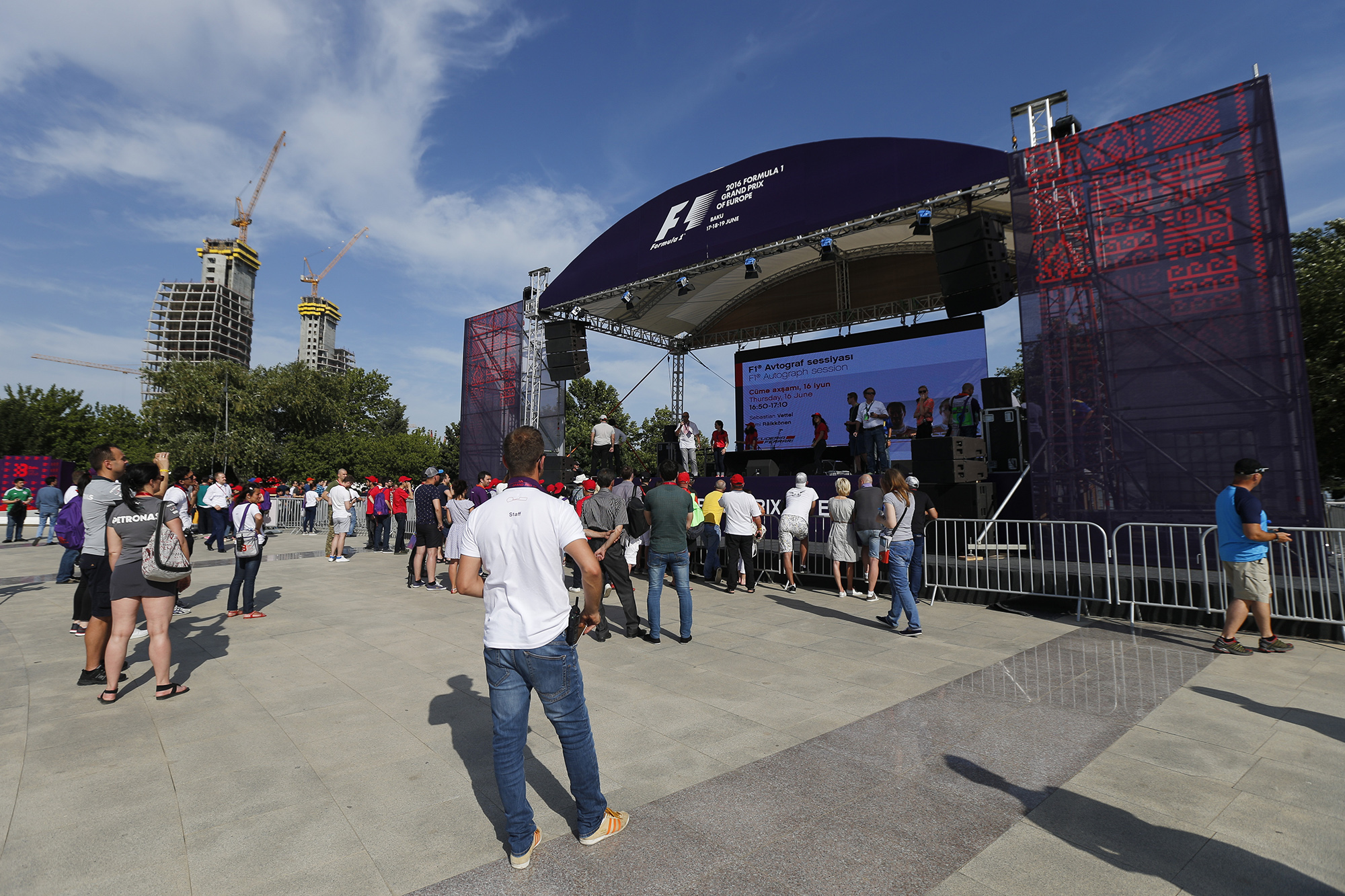 Bulent Ozerdim, BCC’s Head of Commercial Department, was confident there would be a wonderful and festive atmosphere all across the circuit as a result : “We have prepared a more veried and interesting entertainment programme for the 2017 Formula Azerbaijan Grand Prix compared to last year. We are also offering numerous ticket options for different days and zones. Our purpose is to ensure that everybody, both children and adults,  enjoy the Formula 1 and Formula 2 racing action as well as the huge variety of entertainment on offer.

With only 10 days to go until the race weekend, we are announcing more  famous local performers who will deliver a series of live shows throughout the weekend. I can’t wait for everyone to enjoy this amazing weekend with us and start the summer holidays by making some incredible memories together.”

Global superstars will perform live at the Main Stage on Baku Boulevard. On June 23rd, popular Turkish singer Tarkan, will take to the stage followed on June 24th, by Nicole Scherzinger and The Black Eyed Peas and on June 25th, one fo the world’s most successful female music stars of all time, Mariah Carey will deliver one of her famous shows.. The concert programmes will take place in the evening and global superstars will entertain all Formula 1 fans by performing all their popular hits.

Spectators will also have a chance to enjoy local and foreign music perfromances by young local talents. These performers will take to the stage in the Formula 1 Village in Baku Boulevard and Azneft Zone and are the participants of various local and international festivals.

Diana Hajiyeva (Dihaj) - who represented Azerbaijan during Eurovision 2017 in Kiev with the song “Skeletons” -  will perform with her band on the boulevard every day between June 23rd -25th. Dihaj has performed in several festivals in Vilnius, Amsterdam and Tbilisi and was nominated as Debut Artist of the Year at Caucasian Music Award Phoenix.

Chingiz Mustafayev, the winner of “New Star” 2007, will take to the stage with his band “Palmas” on June 22nd-24th. “Palmas” was formed in 2009 and performed in several countries, including Russia and Ukraine.

On June 22nd-24th, Anar Keytarman will entertain Formula 1 fans with his band with a mixture of songs from various genres. The band will perform songs from the Beatles, Sting, Vivaldi, Bach, Bob Marley, Herbie Hancock and James Brown, as well as their own compositions.

Uzeyir Novruzov, Azerbaijani freeladderman and finalist of America’s Got Talent 2015, will demonstrate his incredible ladder show for the Azerbaijan Grand Prix spectators. He has demonstrated his talent at various TV channels in the USA, France, Germany and Italy. He appeared in the Guinness Book of World Records 2016 for the longest free stand on a ladder. The Ladder Man show is scheduled to take place every day on June 23rd-25th at the small stage in the Formula 1 Village.

Popular DJs such as REEF, Bikoo, George Effe and Twist, the constant performers of local entertainment centers in Baku, will delight Formula 1 ticketholders with a spectacular DJ show. DJ REEF will perform in the Formula 1 Village and Concert Arena (June 22-25), DJ Bikoo in the Azneft Zone (June 22-24), George Effe in the Icheri Sheher Zone (June 23-25) and DJ Twist in the Sahil Park Zone (June 23-25), respectively.

A variety of tickets options are on offer for the 2017 Formula 1 Azerbaijan Grand Prix, scheduled to take place on the weekend of 23rd −25th June. 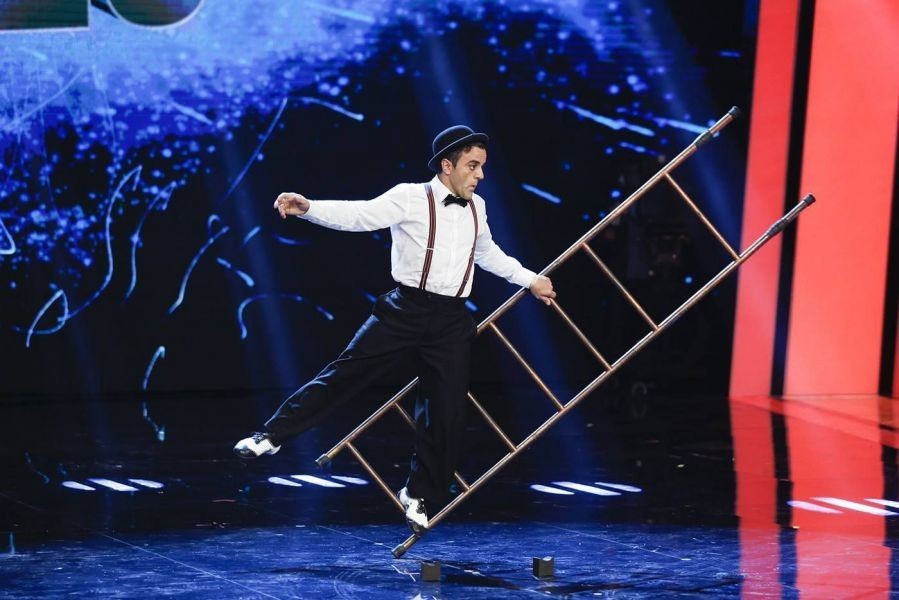 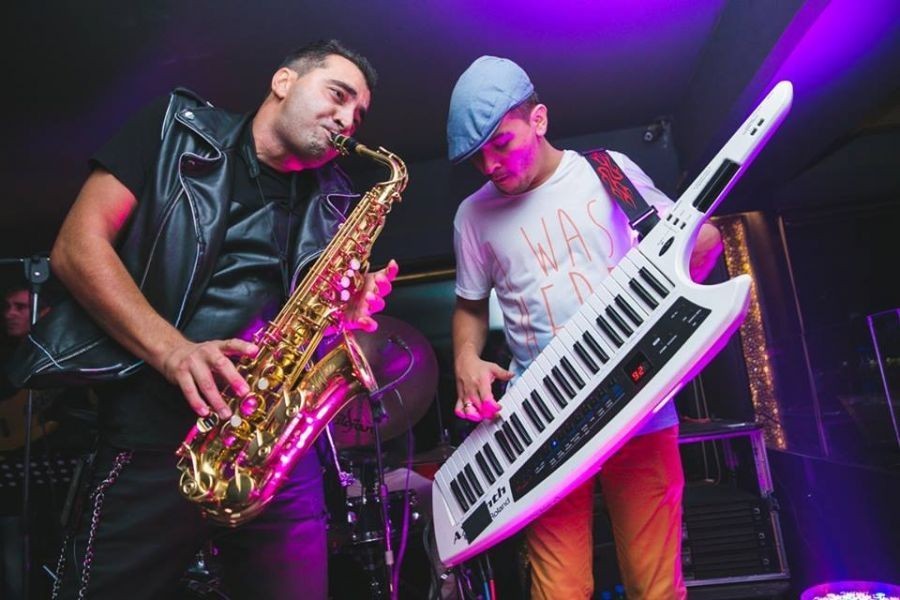