1 Month to Go! The Countdown is on for the Formula 1 Azerbaijan Grand Prix 2022

Arif Rahimov: “Formula 1 fans know this race is unmissable as anything can happen” 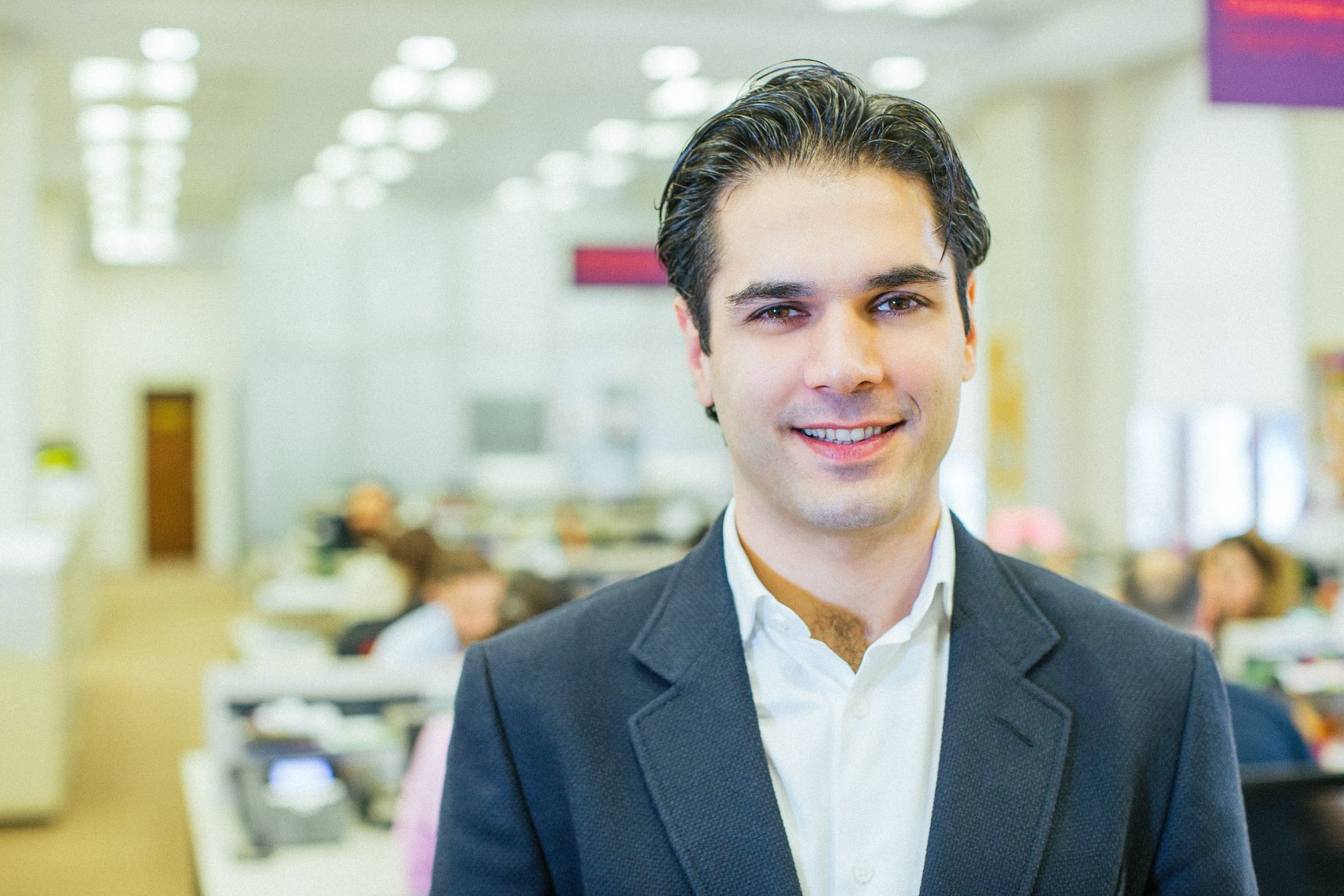 Baku, Azerbaijan - This year’s FORMULA 1 AZERBAIJAN GRAND PRIX 2022 could be the most spectacular race yet to be held on the streets of Baku as the new generation of F1 cars descend on the city circuit on the weekend of 10th-12th June, 2022.

- This year’s Azerbaijan race is close to becoming a sell-out as it welcomes back fans for first time since 2019
- Arif Rahimov, Executive Director of Baku City Circuit, says interest in F1 is at an all-time high
- ‘We don’t feel any pressure’ adds Rahimov when considering new additions to F1 calendar
- The racing on Baku City Circuit set to be even more spectacular with new car regulations
- With five different winners from its first five events, Baku is renowned for its dramatic races

Set to host F1 for the sixth time, the Grand Prix around the Azerbaijani capital has established itself as a fan favourite on the calendar thanks to its unpredictable racing and magnificent setting. The combination of record-breaking high-speed straights along the shoreline of the Caspian Sea in addition to tight and twisty corners around the historic ‘Castle Section’ offer an incredible challenge to the drivers. That has led to five different winners from its first five races and there could well be a sixth different driver on the top step of the podium in June.

As the world is emerging from the Covid pandemic, this year’s event in Baku is welcoming fans back for the first time since 2019 and is attracting huge interest from both international visitors and local fans as Formula 1’s popularity continues to grow in the region.

“Formula 1 races around the world are reporting record crowds as spectators flock to circuits as countries are opening up again after the pandemic,” says Arif Rahimov, Executive Director, Baku City Circuit. “It’s the same in Azerbaijan as we have seen huge interest for tickets for this year’s race in June. We can’t wait to welcome back crowds to what is set to be a sell-out.”

The promoters of the FORMULA 1 AZERBAIJAN GRAND PRIX 2022 believe the combination of the new regulations and the surge in popularity of Formula 1 thanks to the success of Netflix’s Drive to Survive series has led to mass public interest in this year’s event. Plus, they believe the new cars will result in an even more exciting and unpredictable race than usual – which is saying something for the hugely popular Baku race!

“I can’t wait to see these new cars take to the streets of Baku in June,” added Rahimov. “Our track is already known as a venue where there is plenty of overtaking and I expect the long straights leading into Turn 1 and Turn 3 will see more action than we have ever had before. It’s wonderful we have had five different winners in five races. Formula 1 fans know this race is unmissable as anything can happen. It’s the most unpredictable race of the season which also makes it the most exciting!”

Fans can expect another thrilling race as drivers will duel at speeds over 350km/h when the Baku City Circuit roars into life on 10th-12th June for the FORMULA 1 AZERBAIJAN GRAND PRIX 2022.

Q. The pandemic has hit the sporting world hard in the past two years, how important is it for Baku City Circuit to have fans return this year?

“We missed the race in 2020 but did manage to host a Grand Prix last year without spectators. What we have experienced is that all events, particularly sporting ones, are proving to be very popular again. People have been locked in their homes and they are hungry to return to big events once more. Across the world, ticket companies are reporting sell-outs within days of going on-sale because people want experiences like Formula 1 again. Races are reporting record crowds as countries are opening up and returning to normal. In Baku we are taking into consideration all the necessary precautions so everyone is safe and we’re delighted to be welcoming fans back in June. We don’t foresee any problems with Covid for this year’s Grand Prix.”

Q. In the uptake of tickets for this year’s race, what has been the percentage of national and international sales?

“Right now the split is 60/40 with 60 per cent of the sales from international fans. But we have found in previous years that the local market is quite ‘last minute’ from a sales perspective. In saying that, we have sold many more tickets domestically ahead of this year’s race than we did at the same stage before the 2019 event. It’s not a surprise that international travellers book earlier because they have to secure hotel accommodation and airline tickets and it’s great to see the return of tourists to Azerbaijan and this great city after a break of a couple of years. Plus, this year the Grand Prix will be in June so the climate will be perfect — warm and sunny! Overall, the trend is really good and we believe we could sell out prior to the race weekend.”

Q. Why do you think the Azerbaijan Grand Prix has been one of the most popular races on the calendar in recent years?

“One of the reasons this circuit produces such exciting races is that it has the right balance between a slow and twisty section and long, flat-out straights. We also have gradient and a variety of different corners which makes it difficult for teams and drivers to find the right setup. It might explain why we have had five different winners in the five races we have hosted so far. And I think we’re in for another new winner this year!

The Azerbaijan Grand Prix is always full of surprises, whether it was the famous clash between Sebastian Vettel and Lewis Hamilton in 2017 or both Red Bull drivers colliding a year later. Don’t forget we also had the drama of last season’s race when Max Verstappen retired with his puncture and we had a two-lap sprint to the finish. Formula 1 fans know this race is unmissable as anything could happen. It’s the most unpredictable race of the season which also makes it the most exciting!”

Q. Do you think this new generation of F1 car will make this year’s race even more exciting?

Absolutely, I’ve no doubt this year’s Grand Prix will be an amazing spectacle. We have seen already in the opening rounds of the year that the DRS effect [the opening of the Drag Reduction System on the rear wing to improve top speed] has been much stronger. When you consider the long run out of the final corner here, I think there will be plenty of overtaking into Turn 1 and also into Turn 3 after the second DRS zone. We have seen that the new regulations have enabled the cars to follow each other more closely and that has produced exciting racing. Our circuit has already proven it is possible to overtake so I can only imagine this year’s race will be even more fun.”

Q. How important is the Baku City Circuit in showcasing the Azerbaijani capital and why is it such a special venue?

“Firstly, we are a street circuit that is truly in the centre of the city. Nearly all of the other new street tracks I can think of use areas of land based in the outskirts and require transportation to and from them. We’re located in the very heart of this beautiful capital, which showcases the shoreline of the Caspian Sea and also the historic areas of Baku, such as the Maiden Tower and the ‘Castle Section’ of the track. We have seen that hosting a Formula 1 race attracts massive international audiences, directly with the live sporting spectacle but also a secondary following thanks to the success of the Netflix ‘Drive to Survive’ series. Everyone in the world now knows where Baku is. It’s the race where drama unfolds. We monitor the impact that F1 has and the positive effect makes us all very proud.”

Q. How has support for the sport grown since you first hosted a Grand Prix?

“The interest in Formula 1 from local fans has risen exponentially since our first race in 2016. Indeed, it is telling that while we are not planning any night-time concerts after the on-track action this year, this has had no impact on ticket sales. That proves there is a strong, core F1 fanbase here. I’d say that locally supporters split their allegiances pretty evenly between Ferrari, Mercedes and Red Bull.”

Q. The increasing popularity of Formula 1 is leading to an increase in more venues hosting races, does that put pressure on your position to retain a Grand Prix in the future?

“You can see there is more demand from cities to host a Grand Prix, but I think that actually puts more of a challenge on the teams than the promoters because the number of races is likely to rise as a result. We don’t feel any pressure because we have no competition with other races in our region. If you have three Grands Prix in one country, like the USA, or four countries in the Middle East vying for a place then that’s where you’ll more likely see pressure in hosting.”

Q. What does the future hold for Baku and Formula 1?

“Well, we’ve had five races now and in 2022 this will be our sixth. To be honest, I don’t think we need to change a lot. We are happy with the layout of the circuit — it’s challenging, exciting and as we said, showcases the city of Baku really well. For the same reason we’re not interested in holding the race at night, as we want people to see the beautiful city we have in Azerbaijan. When the demand comes we could look at trying to increase capacity. It’s not something we will do this year, even though it looks as if we’re on course for a sell-out, as you have to remember there isn’t the infrastructure to suddenly build more grandstands as we’re surrounded by buildings in this historic city centre. We are happy to continue for years to come.”

The Formula 1 Azerbaijan Grand Prix 2022 is set to be another spectacular battle on the streets of Baku. Can any of the previous winners manage to break the streak and become the first driver to win multiple races in Baku? Or will we see another new winner celebrate on the podium? There is only one way to find out.

For more information on how to purchase tickets and plan your stay in Baku for the Formula 1 Azerbaijan Grand Prix 2022 please visit:  www.bakucitycircuit.com