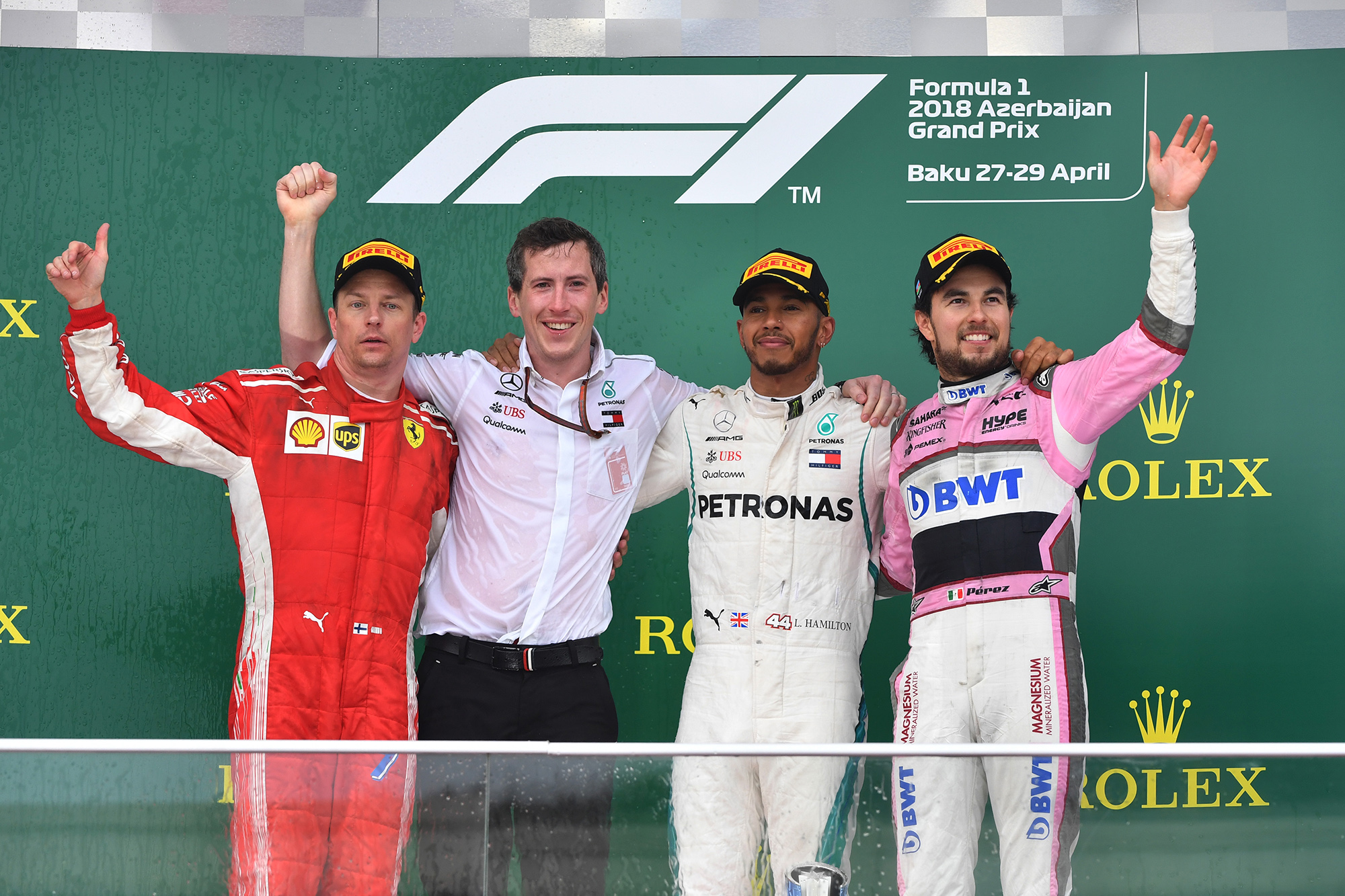 Baku City Circuit today announced that 94,000 Formula 1 fans attended the racing action and nightly concerts at the FORMULA 1 2018 AZERBAIJAN GRAND PRIX  in Baku over the course of 4 days at the third successive street race to be hosted in the Azerbaijani capital.

This figure represents a 31% increase in attendance - and a 21% increase in ticket sales -  from last year’s unforgettable race on F1’s fastest street circuit. In a sign of the event’s growing popularity in the sport’s newest market, local sales accounted for 77% of all tickets sold this year.

International visitor numbers once again showed a marked increase from the previous year with a 31% hike in foreign visitors to Baku for the 4th round of this year’s F1 championship. Indeed, guests arrived from over 78 different countries to witness what turned out to be another incredible installment of what is turning out to be one of the most unpredictable and exciting F1 seasons in recent memory. Indeed, international fans accounted for just under a quarter of all ticket sales.

Fans certainly weren’t disappointed as Baku City Circuit played host to a third successive race so thrilling it will once more live long in the memory of everyone present as well as the millions of people watching on television across the globe. After an explosive opening lap which saw Force India’s Esteban Ocon and Williams’ Sergey Sirotkin retire and McLaren’s Fernando Alonso having to briefly negotiate the circuit on two wheels, the race was subsequently dominated by the intense battle between Red Bull Racing’s Daniel Ricciardo & Max Verstappen which resulted in a spectacular collision that changed the course of the race. The ensuing safety car proved disaster for Haas’ Romain Grosjean whose error saw him smash into the hoardings, further delaying the resumption of all-out racing. Once the green light was finally given with a few laps to go, an audacious move at Turn 1 by Ferrari’s Sebastian Vettel failed to pay off and saw the four-time champion lose ground to the Mercedes duo of Lewis Hamilton and race leader Valtteri Bottas, as well as his teammate Kimi Raikkonen and Force India’s Sergio Perez. Just when the final five positions seemed settled, Bottas’ incredible tyre explosion handed the race to a hugely grateful Hamilton and ensured a second podium finish in Baku in two years for Perez with Raikkonen taking the final spot on the podium. It was truly a race for the ages – once again – here in Baku.

Away from the track, the FORMULA 1 2018 AZERBAIJAN GRAND PRIX also delivered on all fronts with an incredible line-up of nightly post-racing concerts by some of the biggest stars from the world of music who took to the stage in Baku’s magnificent Crystal Hall. On Friday night, the Pioneers of Funk, Jamiroquai, took to the stage before the legendary Afrojack closed out the opening night. Saturday night was the turn of global superstar Christina Aguilera to bring the house down with her repertoire of hits and iconic high notes, followed by the magnificent Axwell /\ Ingrosso who spun the decks until the early hours. Sunday night saw the adrenaline continue to flow with double Brit Award winner Dua Lipa followed by DJ/producer extraordinaire Martin Solveig closing out an incredible weekend of racing and entertainment. 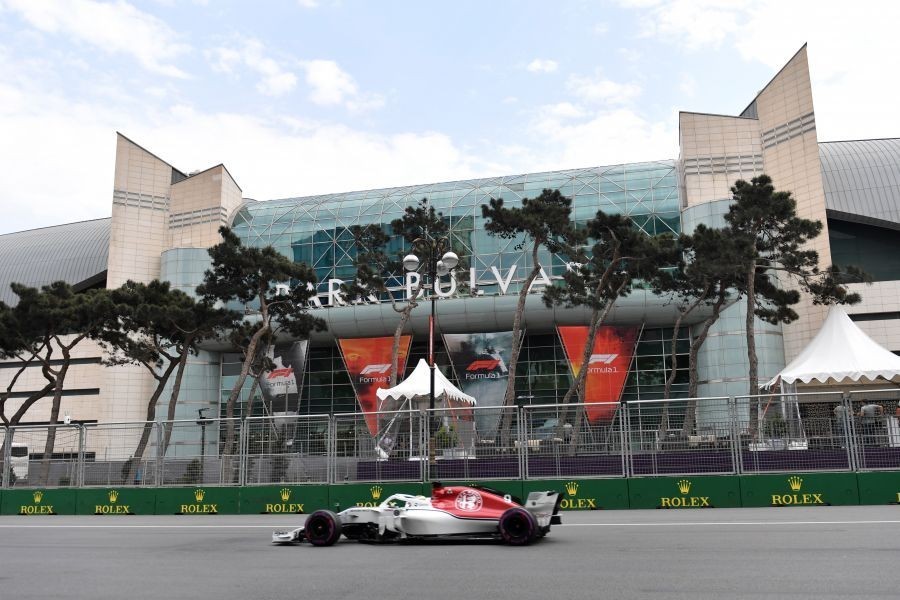 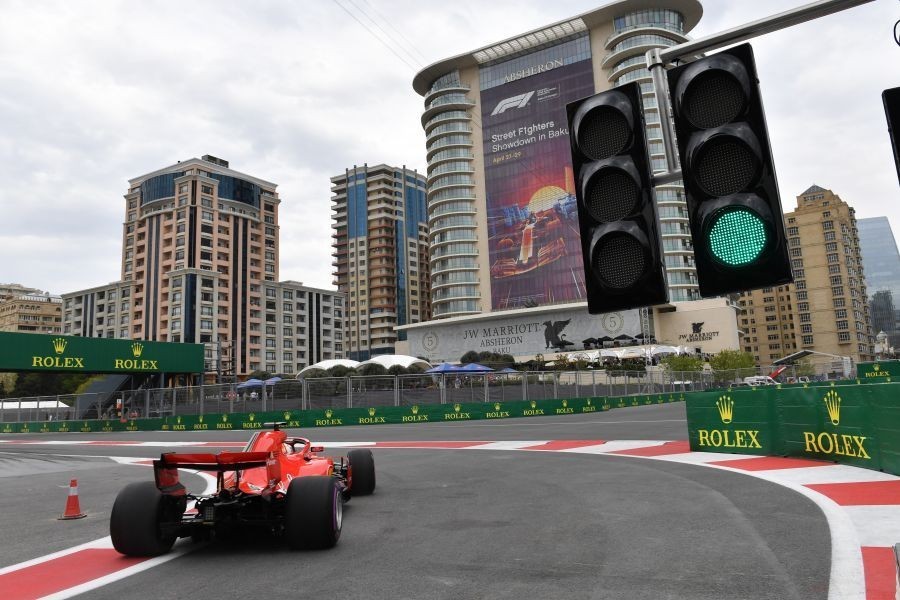 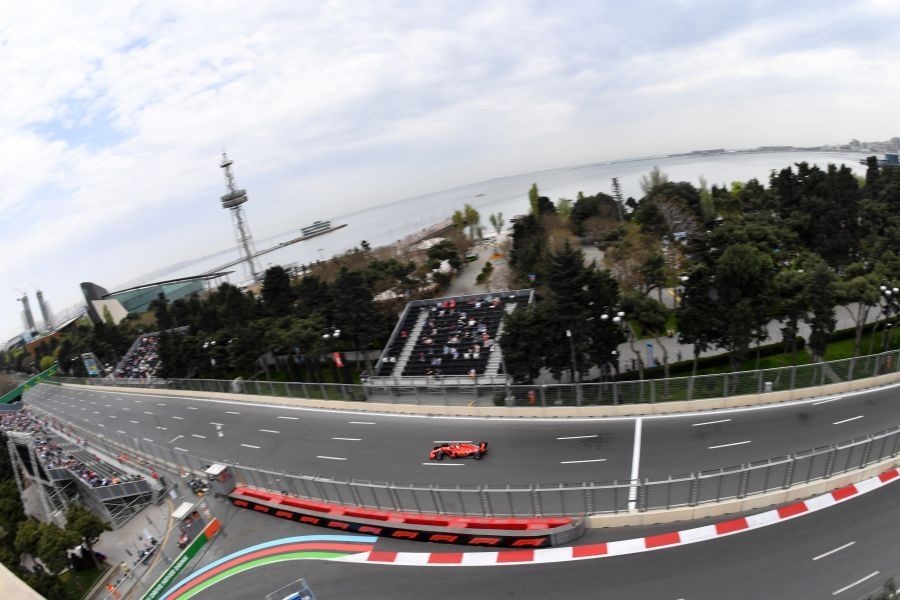 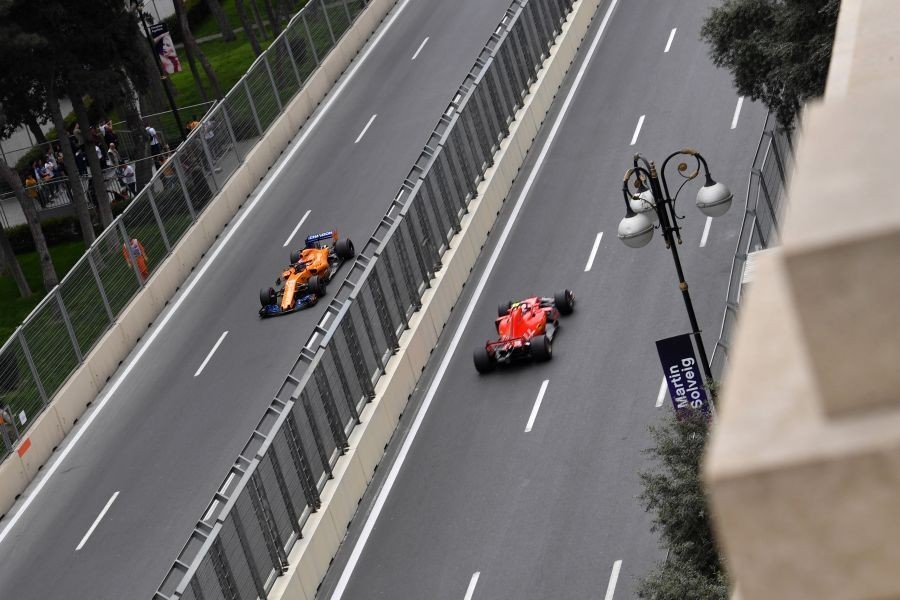 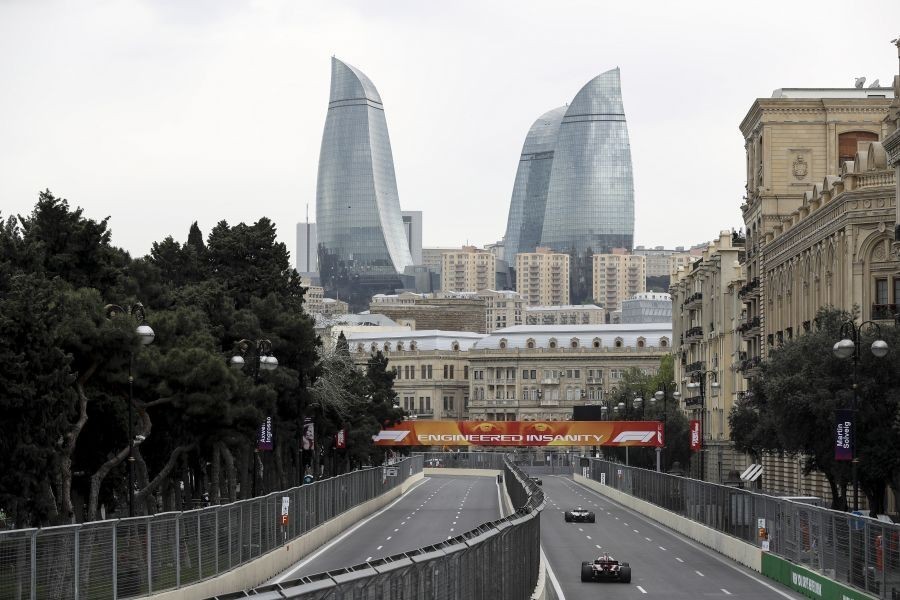 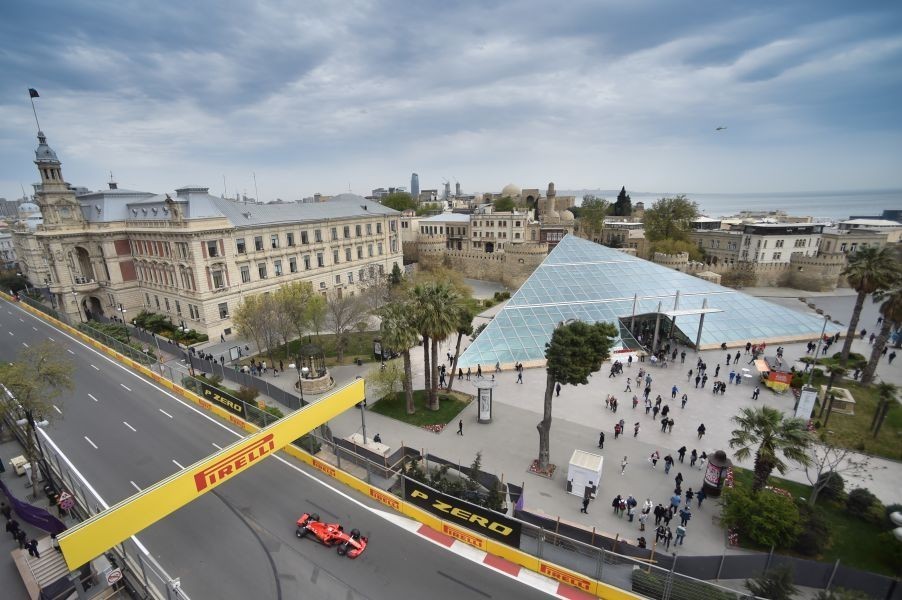 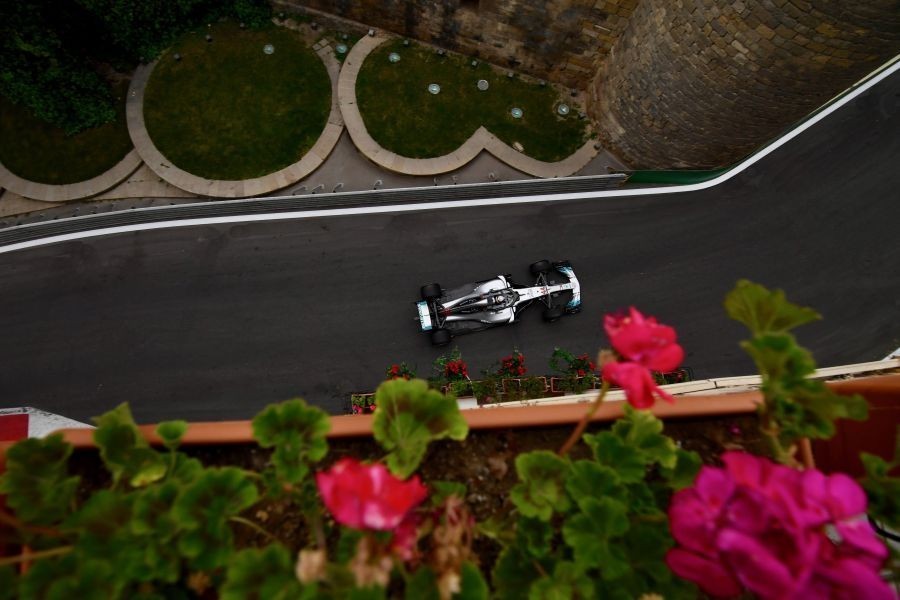 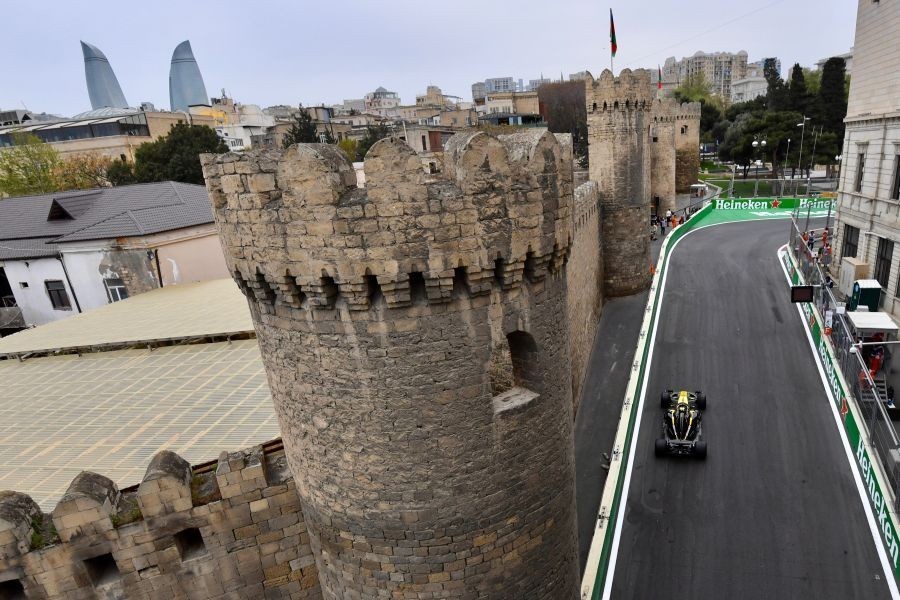 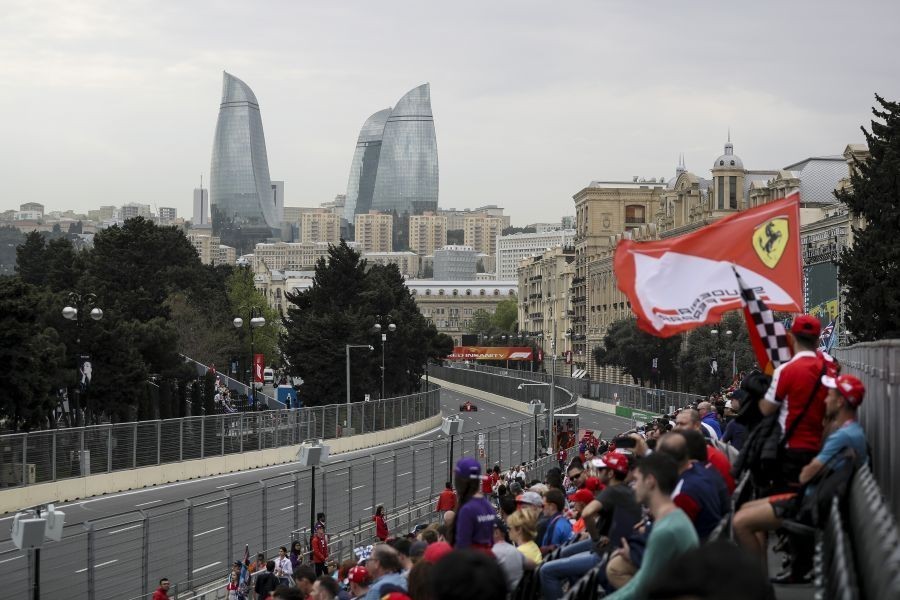 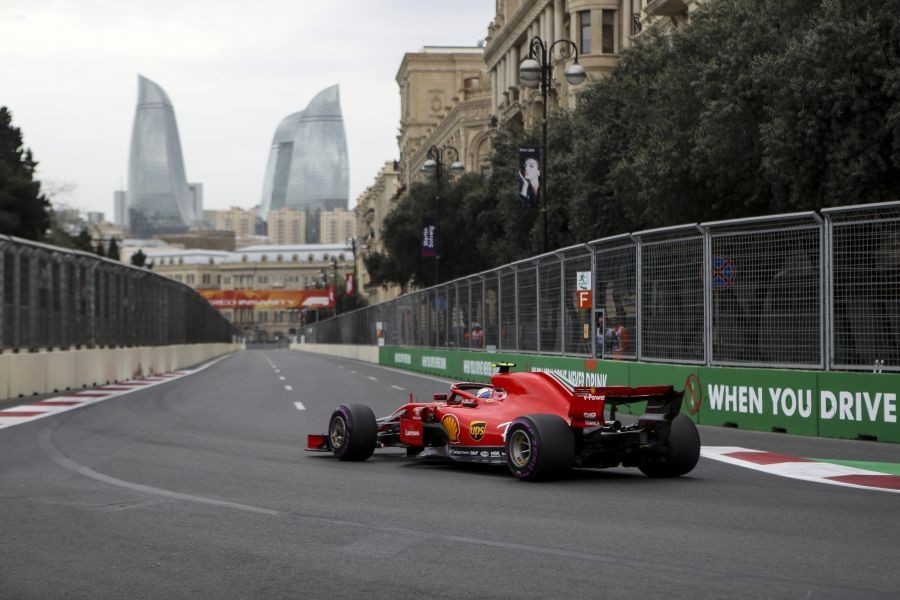 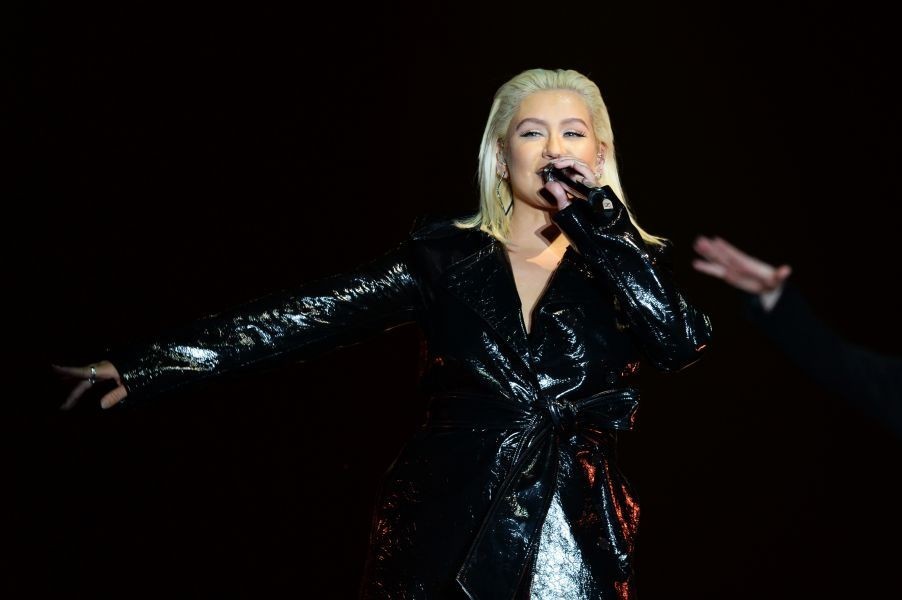 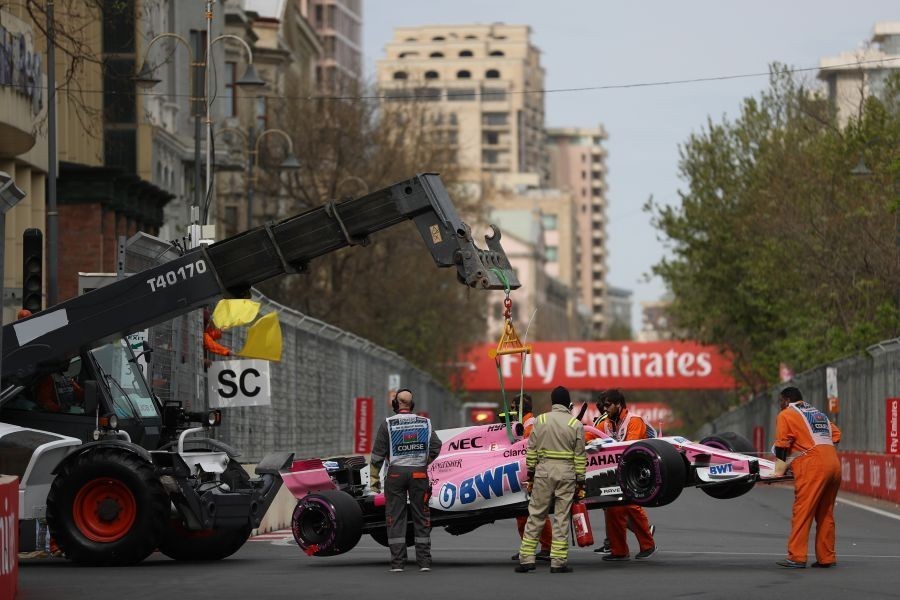 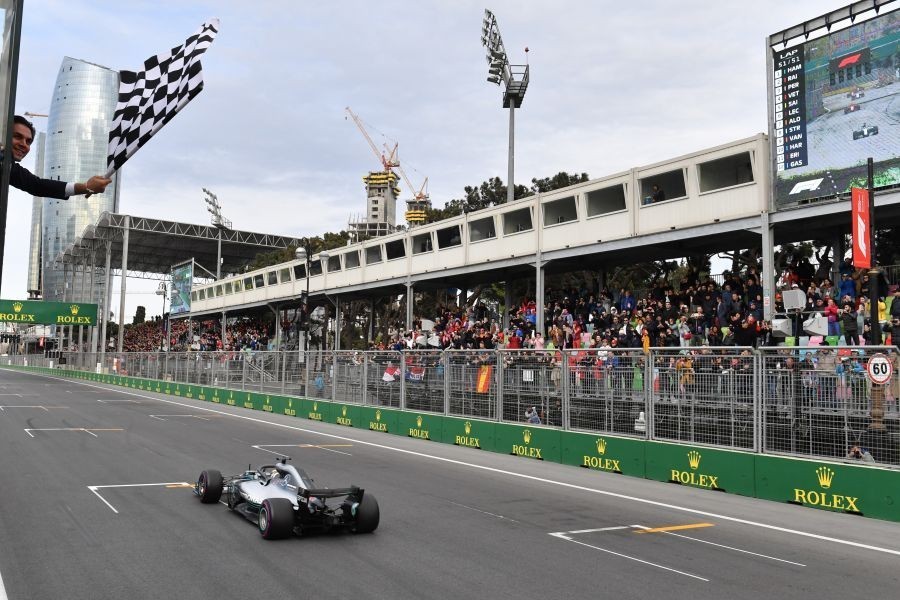 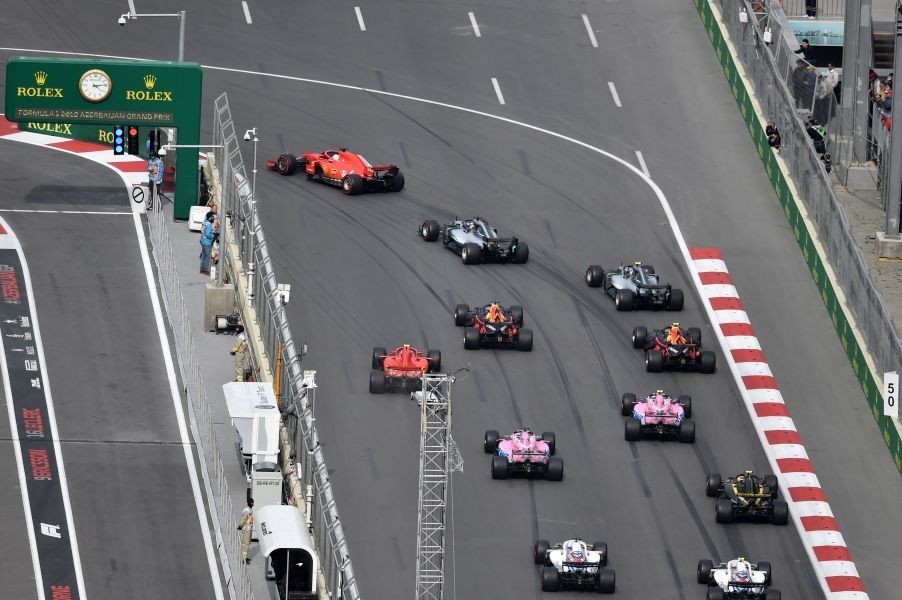 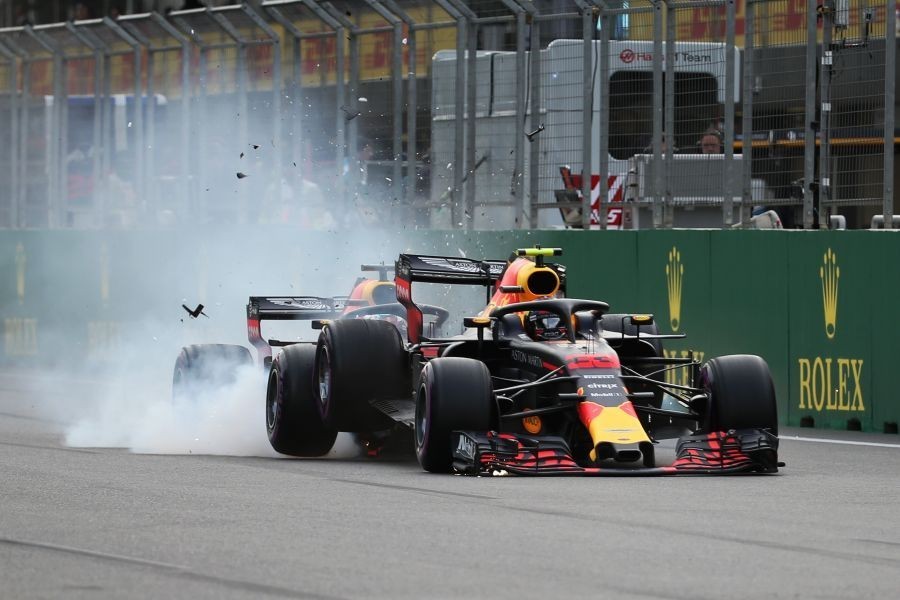 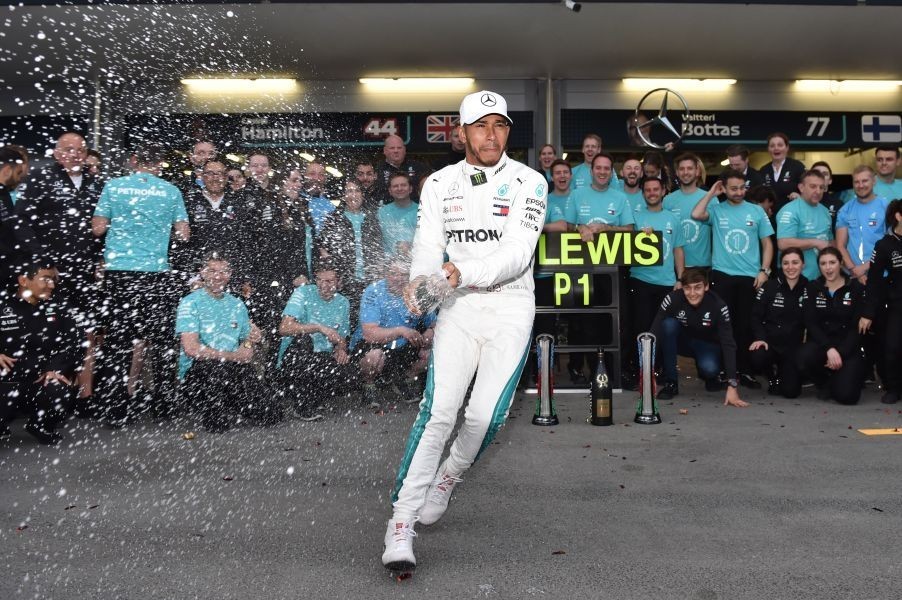 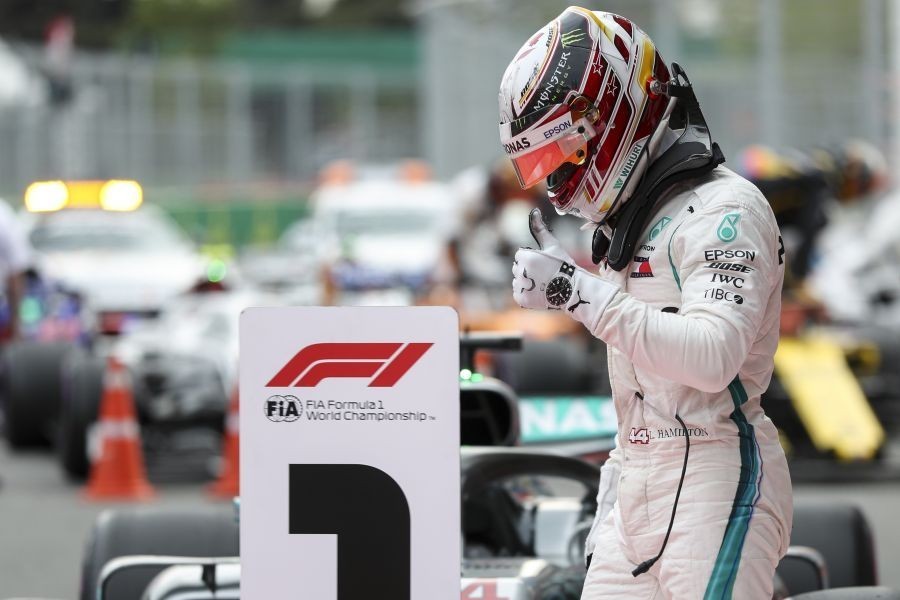 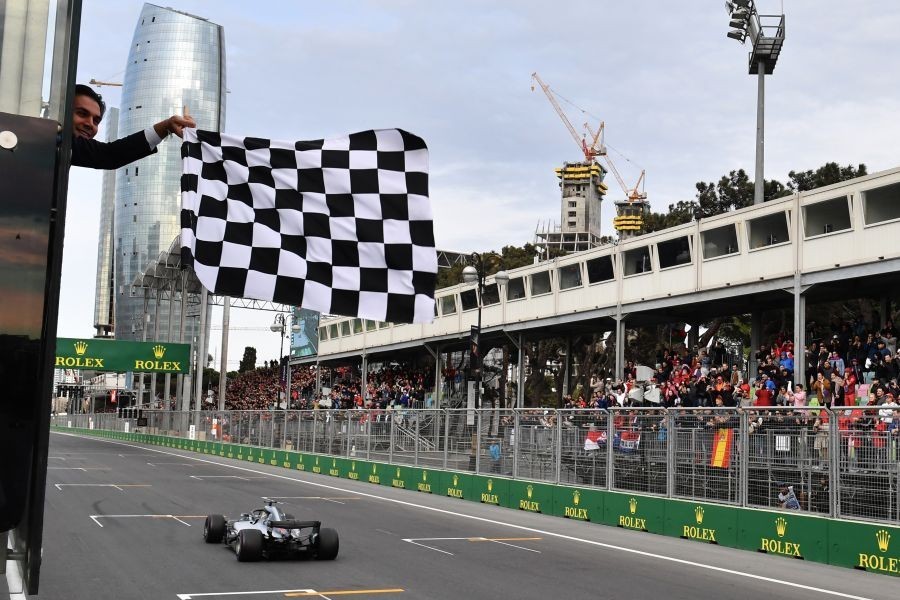 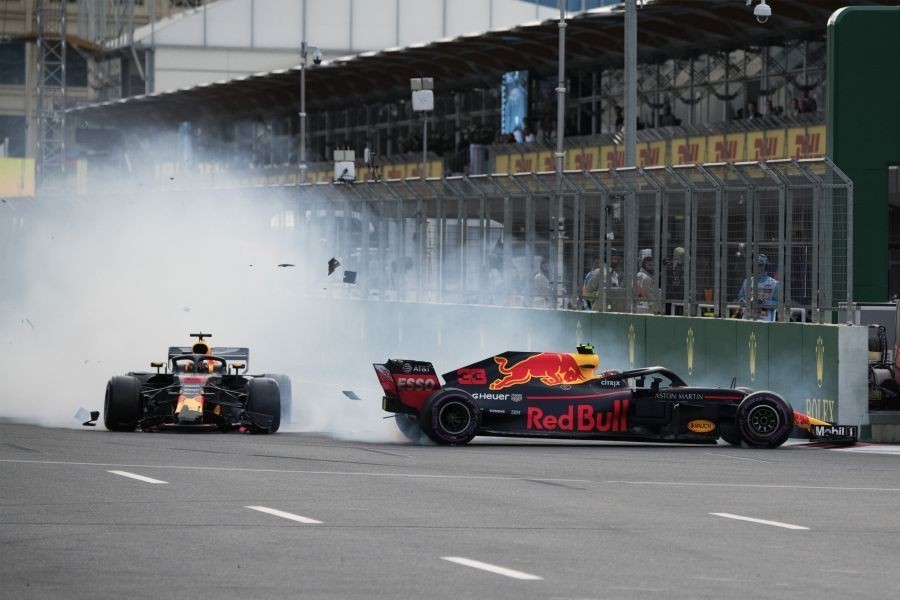 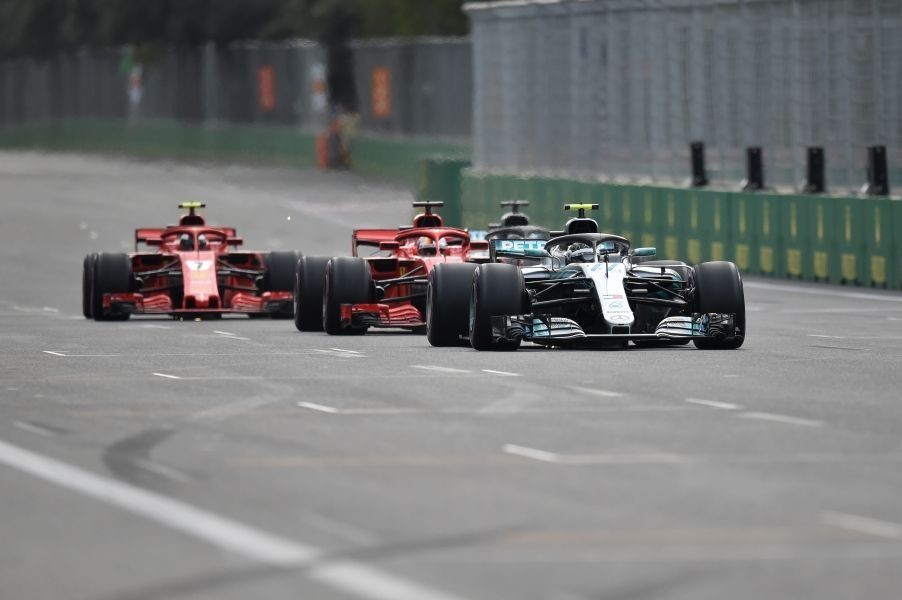 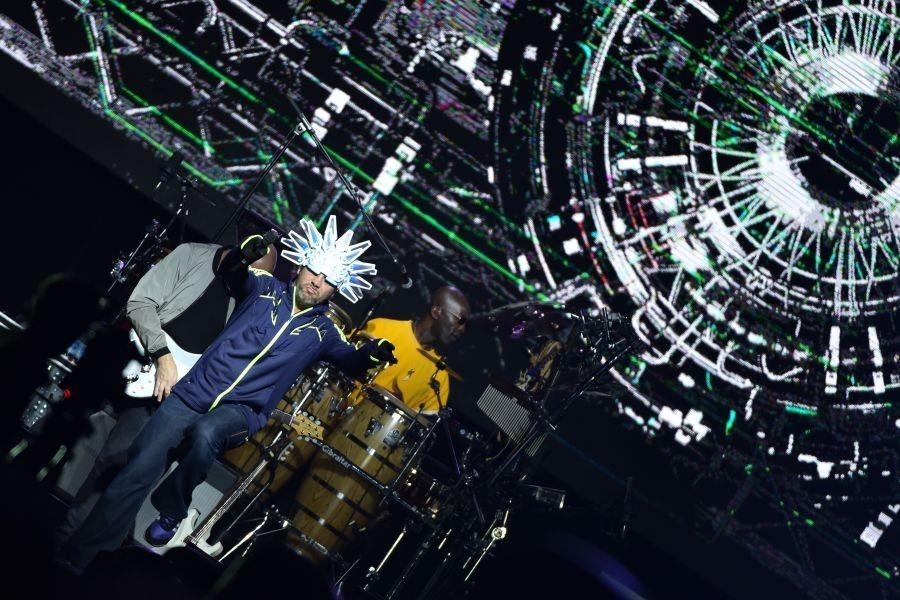