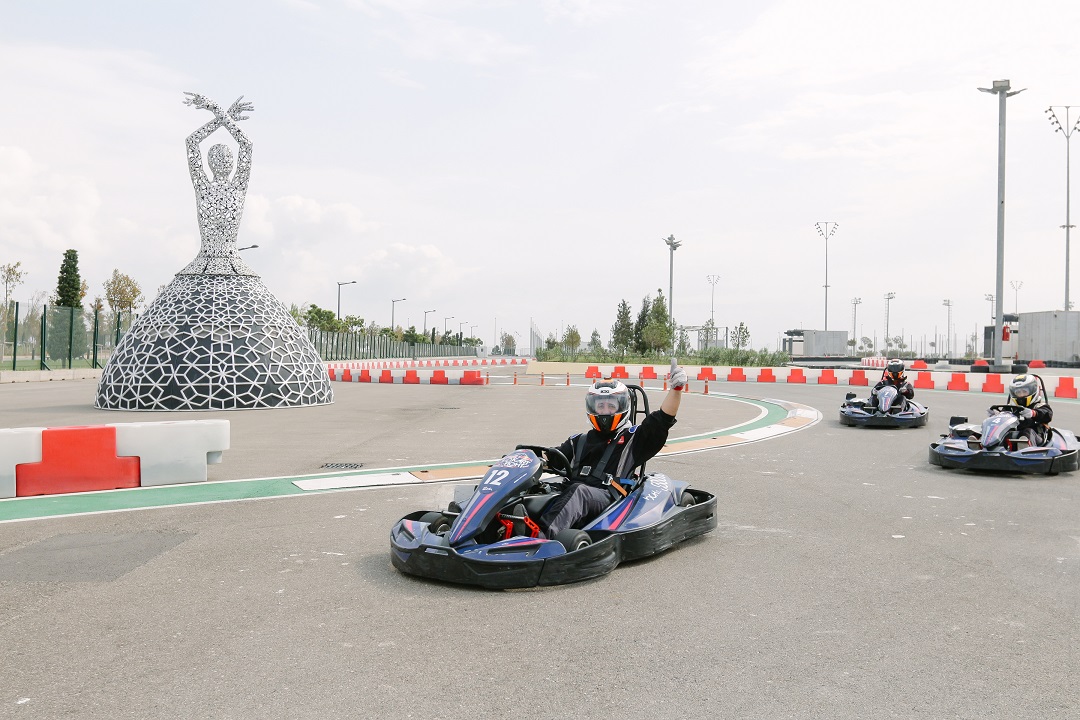 On October 11th, local media representatives tested their abilities on the race track thanks to the Karting Championship organized by Baku City Circuit Operations Company. The championship held in Baku City Karting Center hosted journalists and photographers of more than 40 local television, radio, newspaper, online sites and agencies as participants.

Karting Championship consisted of qualifying and final stages. In the qualifying session, journalists were divided into 4 groups and in each group, the members with the fastest lap won the right to participate in the final stage.

Farid Ramazanov, anchor and commentator of “İdman Azərbaycan” TV channel, won the victory by becoming the first out of ten participants to cross the finish line.  He was followed by Roman Ismayilov, photographer of “Azerbaijan State Telegraph Agency”, and Elchin Zodorov, editor of f-1.az website, respectively. At the end, winners of the race were awarded with a trophy and valuable prizes.

The Karting Championship was organized within the framework of “BCC Press Club” established by Baku City Circuit. “BCC Press Club” is a club activity that brings together journalists from various media outlets in the country.  The club organizes events, meetings, debates for journalists on a regular basis.