Max Verstappen, the Dutch driver from the Red Bull team won the Formula 1 Azerbaijan Grand Prix 2022 for the first time after an unlucky finish here last year. The other drivers sharing the top three places are Sergio Perez, from Red Bull and George Russell, the Mercedes driver. All three attended the press conference held immediately after the race.

Celebrating his first victory in Baku, Max Verstappen mentioned that he was excited to take a win on the Baku track after last year's failure: “You can never make up what you lost last year. But I think today we had an incredible pace in the car, we could really look after the tyres and we could chip away at it, pass for the lead. But then, of course, also maybe a tiny bit lucky with the retirement, but I think nevertheless our car was really good today, so I could have closed that gap."

When asked about the Baku track he also added:  I think it's a special track, also the second sector, between the castle bit, it's quite unique, I would say.

"Although there was some miscommunication within the team, I think we got a good result in general. We have to work on our pace, "said Perez, who took the second place.

It should be noted that this is Perez's fourth podium overall in Baku and his second on the Red Bull team.

George Russell spoke about the difficulties of driving a car: "As I said here, great work from everybody back at the factories to deliver a reliable car – but we can't keep on relying on others' misfortune, and we need to find more performance. And that's what everyone's trying their hardest to achieve."

Sunday’s podium is Russell’s first Baku podium since he joined the Mercedes team.

This year, with a new driver taking the win, "Baku Syndrome" - the tradition of a different driver clinching a victory in each race lives on. 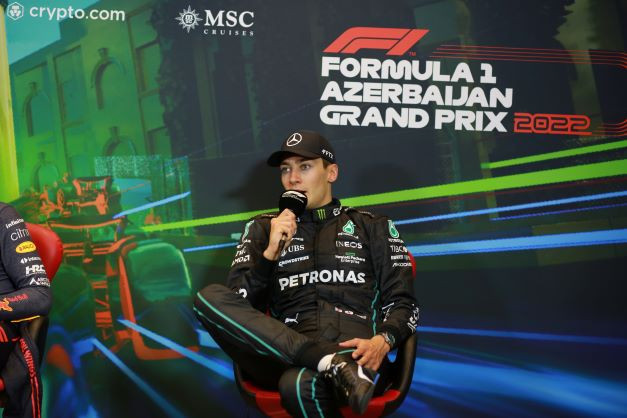