Press conference after the qualifying session of F1 drivers in Baku 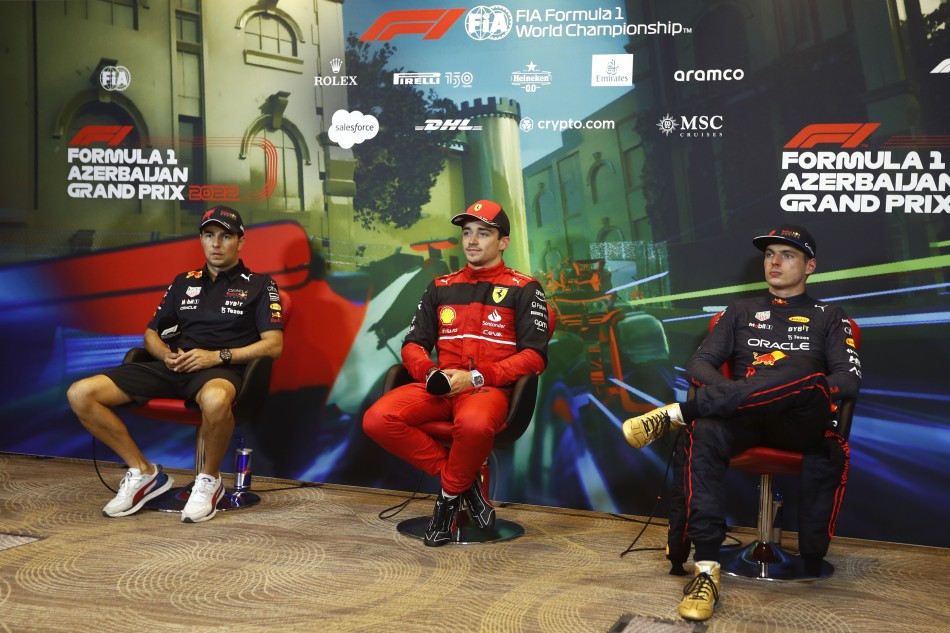 According to the results of the qualifying round, which has been finalized on June 11, Ferrari driver Charles Leclerc won his second pole position in Baku. Red Bull drivers Sergio Perez and Max Verstappen shared second and third places respectively.

The qualifying session determined the start grid of the Formula 1 Azerbaijan Grand Prix 2022 set to take place the next day. The drivers who finished the session in the top three shared their thoughts with the media.

Max Verstappen, who will start the race in third place, said: “I think the start of the lap was good. Then it went away from me a little bit, tiny mistakes. Not ideal, but in general just struggling a bit to find front-to-rear balance over one lap. Of course, this is not what I want, but still, I think, as a team, being second and third we have a good opportunity for tomorrow”.

“When you get to Q3 run one is when you go balls out. And it was a little bit too much. I hit the wall a couple of times. Luckily, we managed to survive, which is the key really here. But it was not an ideal qualifying, because at the end we just had a problem with the engine. We couldn't turn it on. And that meant I was basically on my own and that's very powerful around here. Who knows if it was enough for pole but certainly we lost a few tenths but I think Charles had a very good lap” – added Perez.

It should be noted that this is Lecler's second pole position in Baku and his 15th pole in his Formula 1 career.

The polesitter Charles Leclerc, who was awarded the pole position in Baku last year, said he hoped for good results in the Baku race.

He noted: “Obviously all pole positions feel good but this one I probably did not expect, because I thought Red Bull was strong. Especially in Q1 and Q2, I really struggled to see that we were faster. But then in the last lap, everything came together. And again, I managed to do a good job so I'm extremely happy.  I'm really excited for tomorrow. I think we'll have quite a bit of answers tomorrow because tyre management is a big thing here.”

This is Charles’ sixth pole position during the season, and he managed to surpass Max Verstappen (14 poles) by getting the 15th pole of his career in Baku.